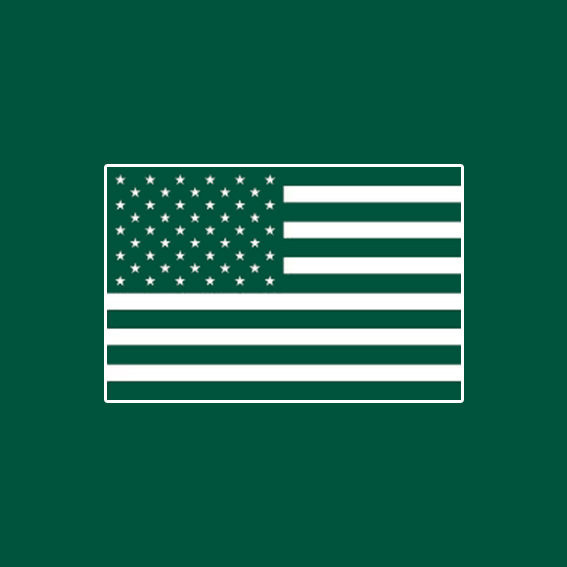 In the heart of the San Gabriel Mountains, a mountain spring flows through a wide canyon lush with greenery. 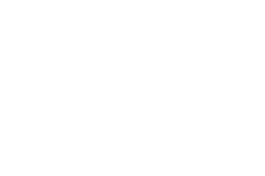 “ In the heart of the San Gabriel Mountains, a mountain spring flows through a wide canyon lush with greenery ”

What we love at Huttopia Paradise Springs

The natural and refreshing spring running through the property

The deep historical swimming pool with views of the valley

With its unspoiled beauty, crisp mountain air and dappled sunlight, it’s easy to see why Paradise Springs was a natural choice for our very first Huttopia resort on the West Coast. We’ve been carefully planning Huttopia Paradise Springs for a long time, and we’re excited to welcome you in 2021!

You’ll find our Huttopia Paradise Springs village high up in the San Gabriel Mountains inside the protected Angeles National Forest. Paradise Springs has long been a destination for people looking to escape greater Los Angeles for the wild. It’s an oasis in a wide canyon ringed by lush desert greenery fed by an artesian spring that flows into a winding creek all year long. That sounds like paradise to us.

This is Glamping in Southern California

All of our services and facilities for an easy stay

A stay full of surprises

A region to discover

The untouched beauty of the Angeles National Forest…

Paradise Springs has a fascinating history! In the 1920’s, Noah Beery and his brother Wallace, both Hollywood actors, built stone cabins, a ballroom and other facilities on the site, including a series of spring-fed trout ponds, to create a popular destination for their high-society friends. Old photos and well-documented stories from back then show that Charlie Chaplin, Clark Gable, Mary Pickford and even the iconic Tarzan and Olympic champion swimmer, Johnny Weissmuller and were among the visitors. In later years, John Wayne was known to enjoy the area. Today, Huttopia Paradise Springs is a place where you can walk in the footsteps of these silver screen legends, and even swim in the same pool where the 5-time gold medalist trained.

When people hear the word “glamping” they might think a lot of different things, so here’s what it means to us at Huttopia Paradise Springs: Wood frame and canvas tents of our own design that provide the comforts of home, including electricity, real beds, private bathrooms, showers, camp kitchens and more, depending on the option you choose, while keeping you close to nature and all that it has to offer. We believe in the richness of experience – the incredible beauty of a starlit desert sky, quiet moments immersed in nature with nothing but the sights, sounds and smells of the canyon around you, and the peace and pleasure of an easy escape to the outdoors.

OUR LARGE TENTS FOR FRIENDS AND FAMILIES

Our Trappeur tent offers families the comforts of home like electricity, a kitchenette, a private bathroom and a large enclosed deck with an outdoor sink and a lounge area.

Our Canadienne was inspired by the lifestyle of trappers in far Northern Canada. The little sister of the Trappeur, it has a kitchenette and electricity for a comfortable stay as well as a large enclosed deck with an outdoor lounge area.

Be prepared to camp differently: we provide the extra large cooler, ceiling fan, real mattresses, BBQ, lights and kitchen equipment. The shared bathroom is only a few minutes walk away with hot showers and all the amenities. A genuine camp with small comforts.

Parking: What You Need to Know


A signature element of Huttopia glamping resorts is central parking areas located away from your accommodations so that guests can enjoy their surroundings and their experience peacefully and safely. Wheeled carts are available in all parking lots for the convenient unloading and loading of your things. We want all of our guests to enjoy the sights and sounds of nature during their stay, and not having vehicle noise or headlights close by makes a big difference.

Linens are included
Sheets and towels

Pets are welcome
For an additional fee

Down and feather blankets
To keep warm under canvas

Every Huttopia resort worldwide, from the more than 40 in Europe to our newest locations in the U.S. and Canada, have a few essential elements in common – comfortable accommodations in the heart of nature, quality on-site food and drink, and plenty to do without ever leaving our “village.”

Nourish the body and soul with fresh, homemade and organic cuisine from our café and bistro. If you don’t feel like preparing food at your tent, grab a table in the shade of the big pine trees and enjoy a fresh juice, smoothie or a cold-brew coffee.
If you like, start your day with a real French breakfast: Fresh bread with butter and jam, croissants or gluten-free muffins, yogurt, fresh orange juice and espresso, or enjoy a healthy breakfast “à la californienne” and choose from fresh fruit smoothies and acai bowls.

At lunchtime, choose from homemade French crepes (savoury and sweet!), fresh salads, small plates and more – all prepared on-site using locally-sourced or organic ingredients. In the evening, our restaurant welcomes you with delicious homemade pizzas made from our own special recipe! Our team also offers weekly specials with local seasonal products, and special nights : BBQs, tacos, French evenings…

Our camp store features a carefully curated selection of supplies to make your visit extra special, including camping essentials, snacks, desserts, drinks and ice for coolers. Pick up some local drinks, s’mores supplies for the campfire, firewood or a souvenir of your Huttopia experience. Guests love our sweatshirts and t-shirts that you can only get at our camp stores, as well as items like enamelware camp coffee mugs!

Linens and Towels in Guest Quarters

CLOSE TO THE RESORT

Our resort is lost in the wilderness but you will find small grocery stores and other amenities in the lovely mountain town of Wrightwood, about 25 minutes drive from Paradise Springs.

Huttopia Paradise Springs is an oasis in the desert. Spring water is flowing from the surrounding mountains, so be prepared to dive in…

It might be surprising to find a pool so big in spot like this, but then again this is a very special place! Dating back to the 1920s when the original camp was built, it’s been extensively renovated and remains a delightful place for young and old alike.

Grab a deckchair under the trees to enjoy a good book and relax, or get in the water and cool off.

Huttopia Paradise Springs is named for the artesian spring that supplies clear, cool and fresh water all year long to local plants and animals, as well as to our village in the canyon

And it’s this abundance of water that helps to keep Paradise Springs cool and green in the heart of a relatively dry, desert area. Follow the small stream to discover our ponds where you can try your luck at fishing for carp!

In the evening, come and watch an outdoor movie, take in a concert on the terrace, listen to stories and eat s’mores around the communal campfire and check out the stars – truly a sight to behold in the desert night sky. We update our activities calendar regularly, but expect surprises… 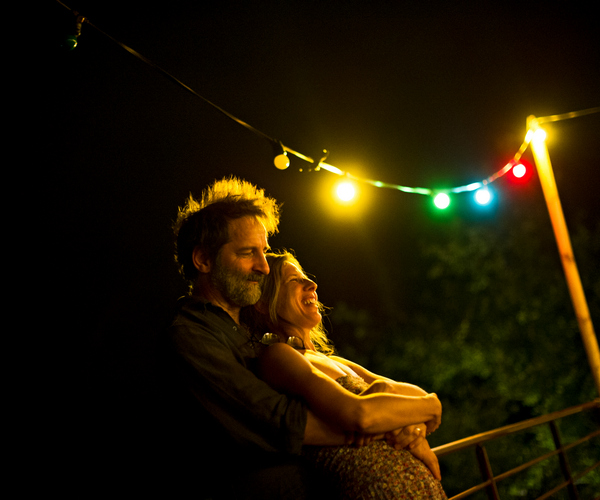 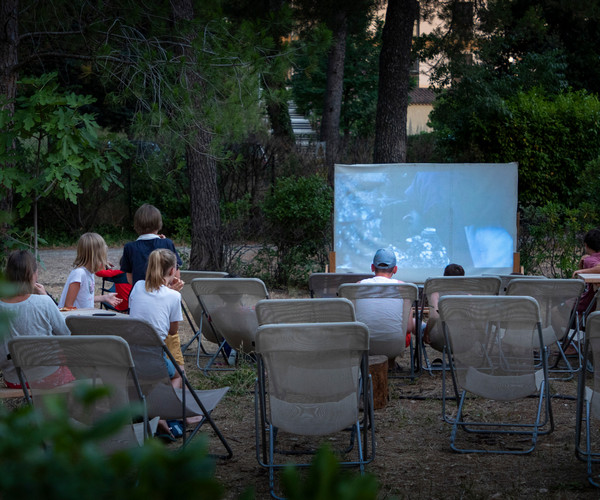 With 135 acres to explore at Huttopia Paradise Springs, and hundreds of thousands more all around us, there is plenty to see just steps away from your tent’s front door.

There are hiking trails perfect for the whole family that will lead you to unforgettable views of the mountains and the valley.

The Angeles National Forest is known for being a great destination for outdoor activities, and Huttopia Paradise Springs is the perfect place to start your adventure.

Kids have a lot to explore at Huttopia Paradise Springs, and because vehicles are restricted to central parking lots, they can do it safely. From exploring nature trails, riding bikes, watching outdoor movies to swimming and diving in the large swimming pool, there is always something to do. Paradise Springs was a summer camp for many years, so it’s naturally designed for younger children to explore and learn.

Huttopia Paradise Springs is located on the other side of the San Gabriel mountain range, in the middle of the Angeles National Forest. We are in a canyon, between two mountains, far from any visual pollution… The stargazing is incredible, and we use very little light on site so you can enjoy it. A magical night under the stars.

Conveniently located just over an hour from parts of Los Angeles, San Bernardino and Riverside Counties, and less than thirty minutes from Palmdale and Wrightwood, Huttopia Paradise Springs is an easy escape from the “real world.” 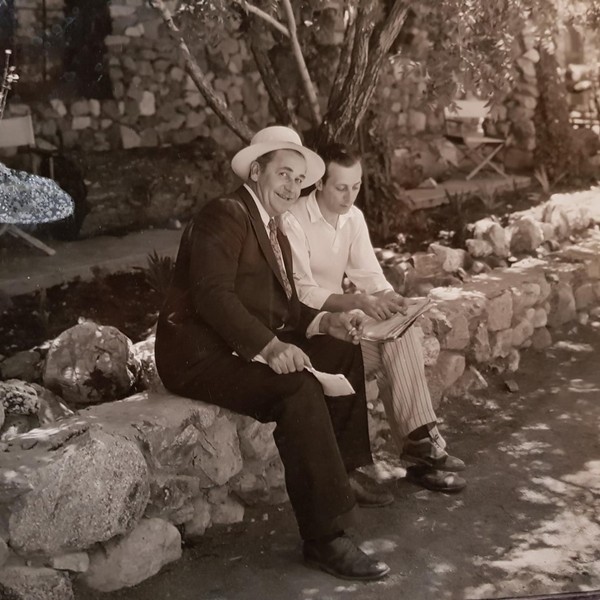 Noah Beery and his younger brother Wallace, actors in 1920’s Hollywood, purchased the land that would later become Huttopia Paradise Springs in 1923 with the goal of creating a retreat for their friends – some of the biggest film stars of the day as well as leaders of industry. They built a grand ballroom, a series of trout ponds, and a number of stone cabins. Charlie Chaplin had his own cabin, nicknamed “Noah’s Ark,” (opening in 2022).

And the massive pool the Beery’s constructed was used for training by Johnny Weissmuller, who went on to win five Olympic gold medals for swimming.

At the height of prohibition, the Beery’s Paradise Trout Club became a popular destination for those fortunate enough to be invited. Sadly, after a fire took the grand ballroom in 1930, the club came to an end. As time passes, some of the stories of what took place at Paradise Springs also fade, but its natural beauty continues to draw visitors – and likely will for years to come.

We may be an easy drive from Los Angeles and a convenient destination in Southern California, but once you’re up in the San Gabriel Mountains and inside Angeles National Forest, it will feel like a world away. The crisp, clear air at 5,000 feet up fills your lungs as you take in the mountain and valley views. The San Gabriels separate the City of Los Angeles from the Mojave Desert, and are home to a wide range of animal and plant species drawn to its wild mountain lands.

When it’s too hot down below, it can be much cooler and comfortable here in the mountains. That’s why people have been drawn to the mountains for generations. Thankfully, some forward-thinking people worked to protect this natural treasure more than 100 years ago, and today it remains an attractive destination for people seeking outdoor activities like hiking, climbing, camping, fishing and more. 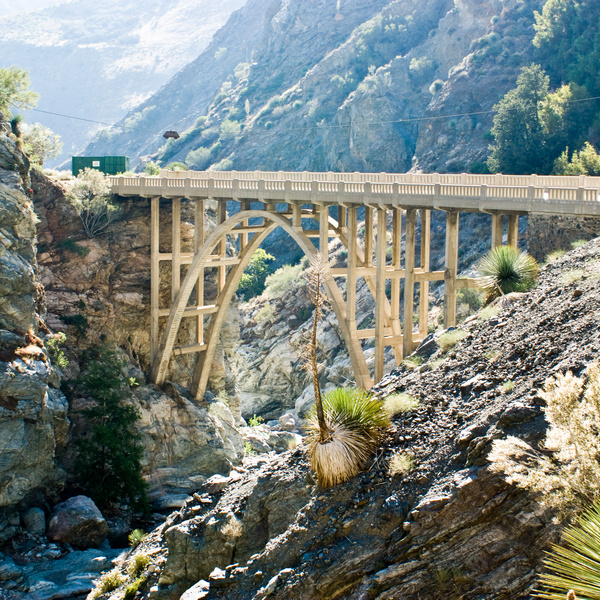 Wildfires in the Fall of 2020 burned more than 100,000 acres in the Angeles National Forest. We’re grateful that Huttopia Paradise Springs was spared by the fires, and we were proud to host local crews as they worked to contain the fires using our spring water. There is no trace of the fire at Paradise Springs so the scenery on site will not be affected.

We recommend checking with Angeles National Forest authorities to make sure that trails and attractions are open and accessible. It can also be fascinating to see just how quickly forested lands begin to recover! > More info

Elevations within the Angeles National Forest range from just over 1,000 feet to over 10,00 feet

There are 548 miles of trails within the Angeles National Forest

Angeles National Forest features dense chaparral that thrives in the region’s mild winters and hot, dry summers. As elevations rise, pine and fir trees cover mountainsides and peaks. We recommend exploring the area on one of the many trails maintained by the U.S. Forest Service as well as local volunteers.

To receive our latest news and promotions.